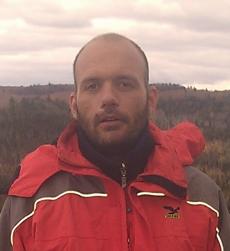 Giuseppe contributes to workshop and training activities at Yale in the analysis of complex spatial and environmental datasets. For support or questions, feel free to email him on giuseppe.amatulli@yale.edu or drop during  “Officeless” Hours at the CSSSI

During the Spring Semester 2016, “Officeless” Hours will be held at the Center for Science and Social Science Information (CSSSI), in the lower level of Kline Biology Tower, on Wednesday from 9am to 12pm. A join effort with Steve Weston will be done during the office hours to support  Geo-Computation analysis at the Yale HPC (Omega and Grace). Feel free to contatct him for any questions on those field.

Department of Ecology and Evolutionary Biology

Giuseppe is a forest scientist and spatial modeler with expertize in computer science. His research activity is mainly dedicated to spatial modeling with special emphasis in species distribution model, areal distribution and potential shift under climate change condition, wildland fire occurrence and pattern recognition, and wildfire risk assessment based on human and bio-physical parameters. He is daily dealing with high resolution data in the context of complex and modern modeling techniques using stand-alone implementation process under Linux environment. He use open source programming language and software (GRASS, R, PYTHON, GNUPLOT, AWK, BASH, QGIS, OPENEV, CDO) to accomplish large data processing in cluster processing keeping always in mind the ecological aspect of the research study. He supports the use of open source for ecological modeling giving dedicated courses using (and mantaining) the www.spatial-ecology.net web page.

Giuseppe obtained the degree of MSc-Forestry on April 2000 with a specialisation in environment management ans soil conservation. In September 2001 he won a fellowship grant from University of Perugia (Italy) in order to follow a MSc in Geo-Information Science at Wageningen University. In April 2003 he defended a MSc thesis dealing in the use of Remote Sensing and GIS to prevent forest fire. In 2005, he held an International PhD dealing with “Non-parametric statistical analysis to estimate fuel models and wildfire occurrence in the framework of fire risk assessment”.

From 2005 to 2006 he had held a post-doc position at Departamento de Geografia y ordenacion del territorio at Zaragoza University (Spain). His research line was mainly dealing with fuel model mapping, fire risk assessment and fire occurrence modelling. From 2006 to 2011 he joins as post-doc the Institute for Environment and Sustainability (action Forest) of the Joint Research Centre. In the framework of the European Forest Fire Information System (EFFIS) he provides scientific and technical support for development, implementation and improvement of the Fire Weather Index applied to the European territory. He has recently dealt with past and future forest fire trends under potential climate change scenarios, handling ECMWF and PRUDENCE climate data. This included modeling forest species distribution, current, potential and future trends using WorldClim dataset. In the beginning of 2012 he starts a post-doc position at GIScCE under the supervision of Prof. David Roy. In particular he will deal with two NASA research projects entitled “Web-enabled Landsat data (WELD) - a consistent seamless near real time MODIS-Landsat data fusion for the terrestrial user community”. His work consist in studying pattern and distribution of human population an the relation of urban green in the USA’s cities. In May 2013 he started a three-year position in spatial analysis and research at Yale University, Department of Ecology and Evolutionary Biology . His main task is to provide spatial data analysis support for ongoing research projects in biodiversity science and conservation undertaken by Yale faculty and students, in the framework of Program in Spatial Biodiveristy Science and Conservation . He will actively work with a team of professors, postdocs and students to support geospatial biodiversity analyses including statistical analysis, development of automated procedures and code. He will provide training in spatial biodiversity analysis using open source software.