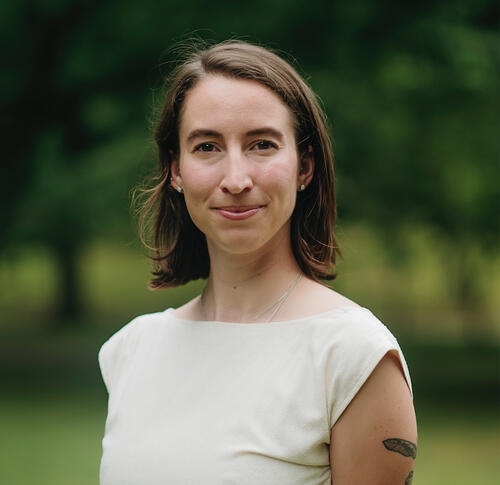 Emily Sandall, former postdoc at the BGC Center, is among 300 fellows in the 50th class.

The American Association for the Advancement of Science (AAAS) is pleased to announce the 50th class of the Science & Technology Policy Fellowships (STPF), who will help inform actionable, science-based policies throughout the U.S. government. Among the 300 highly trained scientists and engineers selected, Emily L. Sandall of Yale University (postdoc EEB ‘20-‘22) will spend a year serving at the Office of Trade Policy & Geographic Affairs of the Foreign Agricultural Service of the USDA.

Emily’s research has focused primarily on insect biodiversity patterns, through geographic, morphological, and phylogenetic methods. After earning her Ph.D. in Entomology from Penn State University, Emily worked as a postdoctoral research associate in the Yale Center for Biodiversity & Global Change, where she examined global dragonfly biogeography and led a team of species experts. In her fellowship role, she will be building on her biodiversity and global change research focus and applying it to multilateral affairs in agriculture policy.

“AAAS policy fellows have been demonstrating excellence in science policy for the past half-century — defining what it means to be a scientist and engineer in the policymaking realm,” said Rashada Alexander, Ph.D., STPF director and alumna fellow. “In our 50th year of partnership with the U.S. government and many esteemed scientific societies and supporters, we are excited to usher in the newest class and follow their important contributions to policy, science and society.”

Fellows like Sandall will learn first-hand about federal policymaking and implementation, while the U.S. government benefits from the contributions of highly trained scientists and engineers.

“As someone who grew up in the rural Midwest and was the first person in my family to go to college, finding my path as a scientist has been an incredible journey. I really look forward to this fellowship opportunity to use my research background to serve science-informed policy”, said Emily L. Sandall, Ph.D., AAAS S&T Policy Fellow.

The STPF program supports evidence-based policymaking by leveraging the knowledge and analytical mindset of science and engineering experts, and trains leaders for a strong U.S. science and technology enterprise. Fellows represent a full spectrum disciplines, backgrounds and career stages.

The 2022-23 fellowship class is sponsored by AAAS, the Moore Foundation and partner societies. Of the 300 fellows chosen, 31 will serve in Congress, one will serve at the Federal Judicial Center, and 268 will serve in the executive branch among 19 federal agencies or departments.

After the fellowship, many remain in the policy arena working at the federal, state, regional or international level, while others pursue careers in academia, industry or the nonprofit sector.

Founded in 1973, the STPF program will turn 50 in 2023. AAAS will celebrate this milestone as STPF establishes a formal alumni network — about 4,000 strong — to stimulate and support collaboration among alumni fellows to further the STPF mission to connect evidence-based decision-making with public policy.

The American Association for the Advancement of Science (AAAS) is the world’s largest general scientific society and publisher of the journal Science, as well as Science Translational Medicine; Science Signaling; a digital, open-access journal, Science Advances; Science Immunology; and Science Robotics. AAAS was founded in 1848 and includes more than 250 affiliated societies and academies of science, serving 10 million individuals. Science has the largest paid circulation of any peer-reviewed general science journal in the world. The nonprofit AAAS is open to all and fulfills its mission to “advance science and serve society” through initiatives in science policy, international programs, science education, public engagement, and more. For additional information about AAAS, please visit www.aaas.org.