Protecting the Ocean Delivers a Comprehensive Solution for Climate, Fishing and Biodiversity 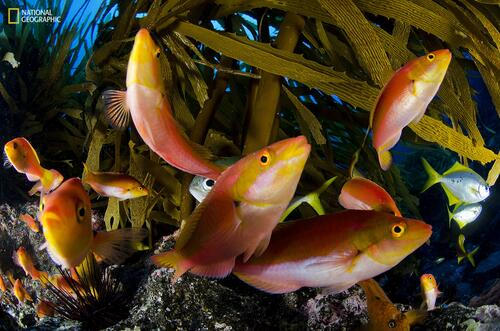 A ground-breaking scientific study published in Nature from 26 international experts, including BGC Research Associate Dr. Jennifer McGowan, offers the most comprehensive assessment to date of where to ramp up strict ocean protection to increase seafood security, curb biodiversity loss, and provide a cost effective solution to climate change, as well as economic benefits.

The study identified specific areas that, if protected, would safeguard over 80% of the habitats for endangered marine species, and increase fishing catches by more than eight million metric tons. The study is also the first to quantify the potential release of carbon dioxide into the ocean from trawling, a widespread fishing practice—and finds that trawling is pumping hundreds of millions of tons of carbon dioxide into the ocean every year, a volume of emissions similar to those of aviation.

“As the world prepares to set the global agenda for the next decade of climate and biodiversity policy, this research provides the bedrock upon which decisions-makers can map and plan interactions with the ocean to deliver multiple benefits. This must be the time to build prosperous and sustainable ocean economies and this research points out how to do that” said McGowan.

To identify the priority areas, the authors—leading marine biologists, climate experts, and economists—analyzed the world’s unprotected ocean waters based on the degree to which they are threatened by human activities that can be reduced by marine protected areas (for example, overfishing and habitat destruction). They then developed an algorithm to identify those areas where protections would deliver the greatest benefits across the three complementary goals of biodiversity protection, seafood production and climate mitigation. They mapped these locations to create a practical “blueprint” that governments can use as they implement their commitments to protect nature.